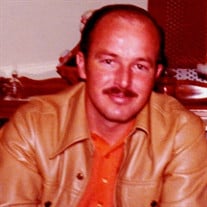 Bruce Carlisle, of Midwest City, OK, went to be with our Lord and Savior on May 5, 2022. Bruce was born on July 12, 1943, in Paragould, Arkansas. He remained in Paragould through his graduation from Paragould High School in 1961. Bruce enlisted in the U.S. Air Force on August 2, 1961. During his 34 years of service, Bruce was promoted to the rank of Chief Master Sergeant. Bruce’s last tour of duty was with the 507th Air Refueling Wing at Tinker Air Force Base. Bruce was a beloved friend and leader to those he served. Bruce married his first wife, Anita Steward, in 1967. They had a beautiful daughter, Kimberly Carlisle. After their divorce, Bruce met and married Dorothy (Annette) Bass in 1975. Bruce and Annette had two wonderful boys, Brian and Greg Carlisle. Bruce and Annette were married for over 46 years. Bruce enjoyed golfing, fishing, and connecting with his church family at Sooner Baptist Church in Midwest City. He rarely missed a Sunday at church. Most of all, Bruce loved spending time with his family. He was all about family and was an inspiration to his children and grandchildren. He had 6 grandchildren and 1 great-grandchild. Bruce also had special friendships and bonds with Bill, Jim, Roger, and Michelle Young, and A.D. Becktold. Bruce was preceded in death by his parents, Verda (Troxler) and Marvin Carlisle; and a brother (a baby), Weldon Carlisle. Bruce is survived by his wife, Annette Carlisle of Midwest City, OK; sister, Shirley Sullivan of Bryant, AR; children, Kimberly Pickard and husband Neal of Warr Acres, OK, Brian Carlisle and wife Shelley of Rio Rancho, NM, Greg Carlisle and wife Carissa of Edmond, OK; grandchildren, Mitchell Mumma and wife Renee Dell’Acqua of Poway, CA, Zach Mumma and fiance Bethany Cantu of Oklahoma City, OK, and GereaKaye, Sierra, Sydney, and RyLeigh Carlisle of Rio Rancho, NM; great-grandchild, Hazel Mumma of Poway, CA; and many nieces, nephews, cousins, and friends.

Bruce Carlisle, of Midwest City, OK, went to be with our Lord and Savior on May 5, 2022. Bruce was born on July 12, 1943, in Paragould, Arkansas. He remained in Paragould through his graduation from Paragould High School in 1961. Bruce enlisted... View Obituary & Service Information

The family of Bruce Carlisle created this Life Tributes page to make it easy to share your memories.

Bruce Carlisle, of Midwest City, OK, went to be with our Lord...

Send flowers to the Carlisle family.