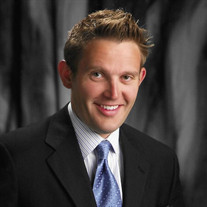 ***Out of respect to the family we ask that the services on Monday remain private. The funeral service will be livestreamed at 1:00 pm on Monday on fordfuneral.com under Bryan's Tribute page and will be available for 45 days*** Link to the... View Obituary & Service Information

The family of Bryan Phillip Curtis created this Life Tributes page to make it easy to share your memories.

***Out of respect to the family we ask that the services on Monday...

Send flowers to the Curtis family.