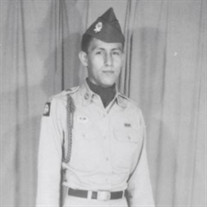 Clifford Allen (“CA”) McKenzie, the former Chairman of the Kiowa Tribe of Oklahoma, passed away Monday night February 7, 2022, surrounded by family at St. Anthony’s Hospital. Born on September 29, 1942, in Lawton, Oklahoma to Robert Allen and Rubie (Paukei) McKenzie. He grew up in Wichita, Kansas before moving to Lawrence, Kansas, where he attended high school. In 1959, he enlisted in the United States Army because he wanted to be a Ranger. He would become part of the 5th Special Forces Group (Airborne) (5th SFG(A)). He was honorably discharged in 1968. On August 24, 1973, he married Michele Ann Martin in Miami, Oklahoma. He was employed as a United States civil servant, which allowed him to travel throughout the United States. He was the Notary of the Year. In 1989, Clifford received the prestigious Hugh M. Hefner First Amendment Award for his whistleblower action against the Bureau of Indian Affairs. In 2002, he retired from the United States Department of Housing and Urban Development. He had a tax business up until the time of his passing. He was a proud member of the Kiowa Tribe of Oklahoma, Kiowa Blackleggins, Kiowa Gourd Clan, Oh-Ho-Lodge, Republican Party, Elks Lodge and Disabled American Veterans. He enjoyed Oklahoma Sooner Football, Seton Hall Basketball, Creole Cajun Zydeco music, the Edinburg Tattoo, Sasquatch, conservative talk radio and awful movies/television shows. He also enjoyed spending time with his daughters and granddaughters whenever he could. He is survived by his loving wife of 48 years, Michele Anne Martin McKenzie, two daughters, Kasey Roberta Sophia McKenzie and her partner Brent Coleman of Checotah, Oklahoma, and Kristen Marti McKenzie Burnett and her husband Joseph Burnett of Oklahoma City, Oklahoma; two granddaughters, Kassidy and Kandace Burnett; and sisters Betty Tsatoke of Oklahoma City, Oklahoma and Emile McKenzie and her husband Dr. Paul Maton of Oklahoma City, Oklahoma, along with several nieces, nephews and numerous family members and friends. He was preceded in death by his parents, Robert and Rubie, his stepfather, John Williams, his siter, Shirley Fitzgerald, his brother-in-law Roland Tsatoke, his favorite uncle, Parker McKenzie, and other family members. A private interment will be held at Ft. Sill National Cemetery in Lawton, Oklahoma. A celebration of life service will be held on Thursday, September 29, 2022, on what would have been his 80th birthday at Ford Funeral Service, 305 S Sooner Road, Midwest City, Oklahoma 73110. Information regarding the celebration of life will be forthcoming on the Ford Funeral Service website.

The family of Clifford Allen McKenzie created this Life Tributes page to make it easy to share your memories.

Clifford Allen (“CA”) McKenzie, the former Chairman of the Kiowa...

Send flowers to the McKenzie family.