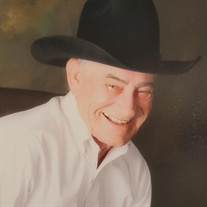 Elmer Loyd Finch, born December 18, 1942 to George & Lillian Finch, died September 3, 2021. Elmer grew up and graduated from Bragg City, Missouri in 1961 with a class of 15 students with whom he formed lifelong bonds and never missed a class reunion. He then moved to Oklahoma City, Oklahoma where he joined and proudly served in the US Army from 1964 to 1970 doing 3 tours in Vietnam. He was injured on his 3rd tour earning a Purple Heart. After the Army, he began a career as a truck driver and after several years moved into sales for various trucking companies. Elmer was a Boy Scout Assistant Leader for many years, guiding troops from Cubs to Eagle Scouts. He coached Little League Baseball and enjoyed dressing up as a Pirate mascot for the Little League Football team. Over the years he loved spending time outdoors with family and friends; boating on the lake, snow skiing and camping trips with the Boy Scouts. In 2011 Elmer joined the Oklahoma Patriot Guard Riders and it quickly became one of his most enjoyable and meaningful endeavors. He was always proud and grateful for anyone who served in our military. Elmer was preceded in death by his mother Lillian, father George and brothers Arthur and Joe Finch. He is survived by his children Marc Peters, Sheri Swift and husband Greg, Michael Finch and wife Twilia, Regina Hamilton, Sha Wolford and Brannan "Bear" Wolford; Grandchildren Jonathan and Matthew Finch, Rodney and Bryan Swift, Shelby, Samantha and Reese Peters, and Cadence Hamilton; Great Grandson Dean Swift, many nieces and nephews, great nieces and nephews and many friends and loved ones. A visitation will be held at Ford Funeral Service in Midwest City, on Sunday, September 12, 2021 from 1pm to 8pm. A service will be held at Ford Funeral Service – Candlewood Chapel, on Monday, September 13, 2021, at 11:00am. Elmer will be cremated following the service and an inurnment will be held the following day, Tuesday, September 14, 2021, at 1:00pm, at Ft. Sill National Cemetery.

Elmer Loyd Finch, born December 18, 1942 to George & Lillian Finch, died September 3, 2021. Elmer grew up and graduated from Bragg City, Missouri in 1961 with a class of 15 students with whom he formed lifelong bonds and never missed a class... View Obituary & Service Information

The family of Elmer L. Finch created this Life Tributes page to make it easy to share your memories.

Send flowers to the Finch family.