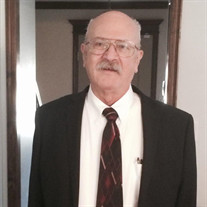 Frederick Warren Southern, Jr., was born in Joplin, MO, on January 24, 1945 to Helenclair and Frederick W. Southern. When he was 5, his mother crossed the Pacific with Fred and his younger brother, Jim, to join Fred’s father, a career army officer stationed in Japan. Major Southern was later stationed in Germany for a three-year tour, and the family, now including brother Herb, lived in Dachau, Munich, and Baumholder. Fred boasted that he’d been to twenty-two schools as they lived in many army base cities around the world and in the United States. Fred was a talented musician and began his college career as a music major at OU, playing his clarinet and other reed instruments. On his entry to the Army, Fred attended the Army’s BandMaster School. Shortly thereafter, he completed Officer Candidate School and was awarded a commission. In 1967, Captain Southern was stationed in Viet Nam and was awarded the Bronze Star among other medals and awards. Recognizing his aptitude, the Army provided extensive training in computer programming, a lifelong love that became his occupation when he returned to civilian life. He worked for several companies as a software engineer and architect. In 1979, Fred returned to OU to earn a degree in computer science, qualifying him to enroll in law school. He graduated from OU School of Law in December, 1982. In early 1982, he met Carol Shoffner, a student in the OU Data Structures course he was teaching. They were married on March 12, 1983 and lived in Midwest City. Soon after their marriage, he left his computer work and began approximately 25 years as a practicing attorney, focusing on discrimination and employment law representing Plaintiffs against employers. After leaving his law practice, he worked several years for the state of Oklahoma as a postal specialist for DHS and was a part time computer instructor at ITT. He began kidney dialysis in 2012, and, after several years of health problems, Fred passed to new life on May 28, 2020, at the age of 75. Fred was generous with his time, talents, and resources and wanted to help all those that he could. He and Carol became members of First United Methodist Church of OKC in 1988, and later followed their pastor, Rev. Nick Harris, to Ariel Ministries in Norman, where Fred served as the computer projection leader. Fred was an avid Sooner football fan and enjoyed going to games. He loved fishing in Colorado, working on his computer, driving his RAM pickup, eating barbecue at JT’s, and his furry dog children. Fred was preceded in death by his parents, Frederick W. and Helenclair Southern. He is survived by Carol Southern, his loving wife of 37 years; brother James Southern and wife, Lynda, of Brookfield, WI; brother Herb Southern and wife, Linda, of Fayetteville, AR; nieces and nephews Thomas Southern, Charly Gayer, Ariane Southern, Alana, Rochelle, and Stephen Shoffner, Ashley Cochenour, Whitney McMahon, and Bron Shoffner; great nieces and nephews; dogs Kaylee and Sammy; and many friends. Memorial services will be held on July 31, 2020, at First United Methodist Church of Oklahoma City. Honorary Pallbearers are Curtis Foote, Richard Shoffner, Don Shoffner, and Ron Shoffner, Scott Davis, Alex Davis, and Christian Davis. In lieu of flowers, memorials can be made in Fred’s name to Each One Feed One and the National Kidney Association. For a gift to Each One Feed One, (a mission in Tharaka, Kenya) make check payable to Ariel Chapel and include “Each One Feed One” in the memo. Mail to Ariel Chapel/P.O. Box 3616/Edmond, OK 73083

Frederick Warren Southern, Jr., was born in Joplin, MO, on January 24, 1945 to Helenclair and Frederick W. Southern. When he was 5, his mother crossed the Pacific with Fred and his younger brother, Jim, to join Fred&#8217;s father, a career... View Obituary & Service Information

The family of Frederick Warren Southern Jr. created this Life Tributes page to make it easy to share your memories.

Send flowers to the Southern family.