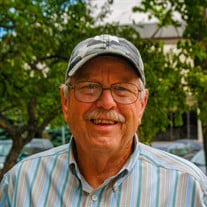 James “Jim” Leroy Heath, a resident of Harrah, Oklahoma, peacefully went to meet his Heavenly Father on August 7th 2020, at the age of 74. His devotion to his faith in God and his desire to make it to heaven has finally been fulfilled. Jim was born to Lawrence and Esther Heath, a Pentecostal Preacher and a homemaker respectively, on January 31, 1946 in Pasadena, California. Jim was taught at an early age in life the value of Jesus Christ in his life, and he allowed Christ to use him later in life to become a Preacher, Teacher, and Pastor who loved sharing God’s Word and the message of Jesus his Savior. Jim married the love of his life, Lorraine Gaxiola on June 13th 1965 in Las Vegas, Nevada and was blessed with 55 years of marriage. The two of them was part of a double wedding ceremony that took place with his brother, Larry Heath and his bride, Shirley Breland. The two couples shared many wonderful moments in life and experienced numerous spiritual blessings while attending church services, revivals, and home fellowships together. Jim was called to preach God’s word soon after being filled with the Holy Ghost. He became an Ordained Minister with the Church of God and loved preaching at the Oklahoma City Rescue Mission and the El Reno Federal Prison and his home church. Jim served in the position of Sunday School Superintendent and Adult Sunday School Teacher many years at Choctaw Church of God. He served as the pastor for one year at the Fletcher Church of God. Jim loved to sing the old gospel hymns and play the guitar in church which started early in his Christian walk. He taught his sons at the ages of 6 and 7 to play on the two guitars that he had built himself back in California. His love of playing music in church and singing has been passed on not only to his sons, but also to his grandsons. Jim began his working career as a machinist at Walls Machine in El Monte, California in 1965, up until God told him to move his young family to Oklahoma in 1975. At that time he began his long 33 year career working for Crowl Machine Shop in Oklahoma City until his retirement in 2008. While working at Crowl, he became a skilled master of his trade and would often times be asked to perform the critical tolerance work for the shop. He would start his days off by arriving to work early to allow himself time to spend reading the most precious thing to him, the Word of God. Jim often would refer to himself as a “jack of all trades and master of none”, but there wasn’t anything he could not do when he put his mind to it. He credits his work success to Jesus. Jim is survived by his wife, Lorraine Heath; son Jerry Heath and his wife Geana, son Timothy Heath and his wife Christine; grandson Brandon Heath and his wife Mary, grandson Matthew Heath and his wife Morgan, grandson Dillan Heath; great-grandsons Rowan and Reece Heath; and sister Judith Summers and many nieces and nephews and numerous friends and Church family. He is preceded in death by his parents Lawrence and Esther Heath, his siblings, Dorothy Greenaway, Larry Heath and Donald Heath. Funeral Services will be held at 2:00 p.m. on Thursday, August 13th at the Choctaw Church of God. The Reverend Stephen Carr will officiate the service. Immediately at the conclusion of the funeral service there will be an interment held graveside officiated by the Reverend Jesse Heath at the Elmwood Cemetery in Choctaw, Oklahoma. He was a beloved, husband, father, grandfather and great-grandfather and will be dearly missed.

James &#8220;Jim&#8221; Leroy Heath, a resident of Harrah, Oklahoma, peacefully went to meet his Heavenly Father on August 7th 2020, at the age of 74. His devotion to his faith in God and his desire to make it to heaven has finally been fulfilled.... View Obituary & Service Information

The family of James "Jim" Leroy Heath created this Life Tributes page to make it easy to share your memories.

Send flowers to the Heath family.