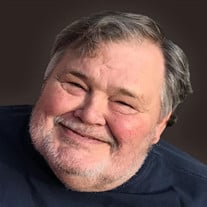 A remarkable life came to an end this week when John Ralph ‘MadDog’ Matlock, 75, passed away at his Midwest City, Oklahoma home on Monday, April 4th 2022. John is the eldest of 4 brothers, Randy Matlock, Kenny Matlock, and Don Matlock. John is survived by his wife Marion Jean Matlock of Midwest City, His eldest son, Scott Matlock and wife Anne Matlock of Stillwater, OK and son Ryan Matlock and wife Mandi Matlock of Gretna, Nebraska. Grand children, Porter Matlock (15) of Stillwater, OK, Lydia Matlock (11) of Stillwater, OK, Mary Matlock (11), of Gretna, NE, and Jack Matlock (10) of Gretna, NE. John was born in 1946 in Ponca City, OK to Ralph and Geraldine Matlock. At the age of 6, the family moved to Stillwater where is father began a career with the Oklahoma State University college of agriculture. John attended elementary at Westwood elementary school and soon after began his remarkable course through sports – playing little league baseball, basketball, and football. At Stillwater High School, John threw the discus in track and field, played baseball, and most notably he excelled at Football. Known as the man with the ‘Golden Toe’, John played offense and defensive tackle, linebacker, and kicked field goals and extra points. John was the only player in the state of Oklahoma to play both offense and defense in the 1964 All-State football game. John earned his Eagle Scout award from the Boy Scouts of America in 1961, where he was also a member of the Order of the Arrow, an honor society of the BSA. John signed to play football with Oklahoma State University in 1964 where he earned a degree in Education and played all four years as an offensive lineman. Admittedly, OSU was not that great those years, but he always bragged about beating OU twice, so they were undeniably winning seasons! After graduating from OSU, John married Susan Rippy and moved to Midwest City where he completed his student teaching at Midwest City High School. After his student teaching, he was hired as the assistant football coach, assistant track coach, and head swimming coach as well as the physical education teacher. In 1977 he helped establish the first co-ed PE program in the state. In 1979 John earned a Masters Degree in Secondary School Administration and was then hired as the assistant principal at Midwest City High School. He received a Secondary School Administration certificate from OU in 1979 before becoming the First Assistant Principal at Carl Albert High School in Midwest City. In 1986, John began a career as the principal of the Lewis Eubanks VoTech School, later called Mid-Del Career and Technology Center. John worked as the principal, then director, executive director, and finally superintendent of Mid-Del Career Tech until his retirement in 2012. In 1993, John married Marion Good, an Occupational Child Care instructor at Mid-Del Technology Center. They discovered that not only were they both at OSU at the same time, they often frequented the same hangout and haunts, but never remembered meeting. They built a wonderful life together along with their numerous, very well-loved dogs and horses. Together they enjoyed time with their grand children, hosting tea parties, pool parties, and lots of gardening time! John was an avid quail and dove hunter and outdoorsman, most recently developing an interest deer hunting with his wonderful friend Jack Pierce. Services for John will be held Saturday, April 9th and 10 AM at Ford Funeral Services, 305 S. Sooner Rd. Del City, OK. There will be a reception following. Those wishing to make a donation in John’s name may do so to the Ralph Matlock Memorial Scholarship at the Oklahoma State University Foundation (OSUGiving.com).

A remarkable life came to an end this week when John Ralph &#8216;MadDog&#8217; Matlock, 75, passed away at his Midwest City, Oklahoma home on Monday, April 4th 2022. John is the eldest of 4 brothers, Randy Matlock, Kenny Matlock, and Don Matlock.... View Obituary & Service Information

The family of John Ralph Matlock created this Life Tributes page to make it easy to share your memories.

A remarkable life came to an end this week when John Ralph ‘MadDog’...

Send flowers to the Matlock family.