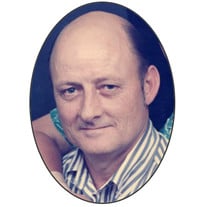 Leon Strickland, 77 of Newalla, Oklahoma died in his home Sunday, January 31, 2021. Leon was born June 18th, 1943 to Albert and Ruth Strickland in Spiro, OK. Leon is survived by his wife Sharon of 58 years. Children DeGe Eubanks and husband Steve, and Harold Strickland. Grandchildren Tony Strickland and wife Haley, Lindsey Berglan and husband Chad, Nicole Johnson and husband Brock, and Danielle Strickland. Favorite niece Denna Neely and husband Butch. Great-grandchildren, Landon, Parker, Hudson, Bella, Eva, Colton, Delilah, Clinton and Braxton. Leon is also survived by his sister, Ramona Sue Unruh, of Sapulpa, OK. Leon was an Industrial Engineer for Tinker A.F.B. for 30 years. Leon retired in 1999 and spent his many years of retirement enjoying his hobbies which included hunting and working in his home work shop. A gun enthusiast, Leon was an active member of the OKC Gun Club for 30+ years and held various seats on the board throughout the term of his membership. An excellent machinist and inventor, Leon also held several patents related to gun products. An avid hunter his entire life, he spent many Thanksgivings in a tree stand. Leon spent much of his time at Black Kettle where he and Sharon would take Harold and Tony hunting. When not hunting Leon could be found in his workshop, tinkering and making messes for Sharon to clean up. There was no mistaking that Leon loved Sharon. Unbeknownst to most, Leon kept a small photo of Sharon in his wallet which he carried with him every day of his life. Leon also cherished a 2nd photo, one that Sharon had given him in 1961. Sharon had written a note on the back telling him how much she cared for him and loved him and was looking forward to sharing the rest of her life with him. Leon’s favorite dogs were Reggie and Coco. Reggie was a champion Brittney Spaniel and his favorite hunting dog. Coco was his favorite dog of recent years who like to steal his tools when he wasn’t looking. Coco was also good at nipping at Lynn, a friend of Grandson Tony, when Tony and Lynn were playing chase as children. When not at home, Leon could be found in either his tree-stand or hanging out with friends at his local hideout referred to as “The Bar”. Leon will be dearly missed by his family and many friends. Graveside Services will be held Friday, February at 11:00 am at Arlington Memory Gardens, 3400 N Midwest Blvd, Oklahoma City, OK 73141.

The family of Leon Strickland created this Life Tributes page to make it easy to share your memories.

Leon Strickland, 77 of Newalla, Oklahoma died in his home Sunday,...

Send flowers to the Strickland family.