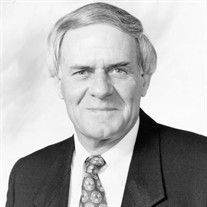 Leroy Scott Davis, 83, of Midwest City, Oklahoma passed away on August 18, 2021, due to complications from Parkinson’s Disease. Leroy was born December 11, 1937, in Oklahoma City, OK to Herman Leroy (Roy) Davis and his wife Goldie Mae (Comer) Davis. Leroy graduated from Midwest City High School in 1956, attended the University of Oklahoma and served in the United Sates Army. After his service in the military, he worked various jobs including work in the Oklahoma oil fields, as a paint contractor, home builder and later as a realtor and finally as an Independent Real Estate Appraiser. Leroy was a proud member of the Boy Scouts, achieving the designation of Eagle Scout. Later, he was a member of the Optimist and Rotary Clubs. Physically active throughout his life, he enjoyed racquetball, water skiing, scuba diving and sailing. He treasured his time at Lake Texhoma with his family and friends and fishing with friends and in particular his grandchildren. Family was very important to him, and he enjoyed many family gatherings throughout his life. On October 24, 1958, he married the love of his life Gloria Fern (Cameron) Davis of Midwest City, OK. The couple spent 8 years together before welcoming their first son Michael and then 3 years later welcoming Christopher into their lives. Leroy is preceded in death by his parents Goldie and Roy Davis and his brother Richard (Dick) Davis. He is survived by Gloria his wife of 63 years, brother David, 2 sons, Michael and his wife Ginger, their daughters Rachel, Makayla and Reese; Christopher and his wife Maihan, their sons Alexander and Andrew; Daughter-in-love, Denise Harper, her husband Jim, daughter Katherine and son Michael. Service will be live streamed to this website.

The family of Leroy Scott Davis created this Life Tributes page to make it easy to share your memories.

Send flowers to the Davis family.