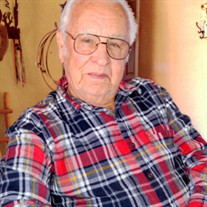 Leslie Dewayne Harting was a FAMILY man. His family was everything to him. As a young man in the Air Force during the Korean War he met the most “beautiful girl” he had ever seen. During his time in Lawton, Oklahoma at Tech School, he went with his military buddies to Oklahoma City on a Friday night and met Anna Sue Lewis who was with her girlfriends. They all ate hamburgers, saw a movie and had a Coca Cola afterwards. Sue would hardly acknowledge Les that night. She had been raised “properly” and didn’t talk to strange boys. At the end of the evening, Les was finally able to set up a date with Sue for the next weekend. Next weekend came, all the guys were held up at Tech School due to extra work. Les tore out of Lawton speeding as fast as the car would let him go and was stropped by the Highway Patrol. At this point, he was very late and Sue would not even come to the door to let him in. Les went to the phone booth down the street to call Sue and she refused to come to the phone. Les kept sending word with his buddy to tell the girls that he was sorry that he had shown up late and still wanted a date with Sue. After two weeks, Sue agreed to go out for a hamburger date with Les. He was so excited and could not wait until the next date. Les was leaving Lawton on time and was travelling to Oklahoma City for his date with Sue. About half way there, the tire on his cool car blew out. His spare tire was flat!!! Les was forced to wait on someone to bring him a tire. Being out in the middle of no where, there was no way for Les to notify Sue of his whereabouts. His only choice was to return to Lawton in the middle of the night. The next day, he attempted to call Sue to give her the story and Sue refused to take the call for 2 weeks. Les was persistent, he sat down and wrote Sue a long letter. Les called her after she had time to read the letter and Sue answered right away. Les said this was the longest two weeks of his life! Finally, they had their first date and have been together ever since. Well over 60 years. So, after this first date, the days and the years flew by. Their family began with the birth of their first child who was the namesake. Leslie Gene Harting was the light of their lives! Les beamed with pride in his firstborn son. One of his greatest accomplishments was coaching Gene in little league baseball for over 5 years until he started school baseball. Les was a mentor to so many young boys who played on his little league teams. Les and his firstborn were extremely close. A few years later Les was blessed with his only daughter, Linda Sue who was also the most “beautiful girl” he had ever met. He fell in love with her instantly and was always so proud of her many accomplishments. She was “daddy’s girl” and will always remain so. He loved her so much! The family continued to grow, Clifford was born next. He was the namesake of Les’ father. Les always liked taking Cliff and the family fishing and camping. Les followed Cliff throughout his basketball career and was very proud of Cliff’s achievements. Les always spoke with excitement and enthusiasm as he told stories of Cliff and his lifetime of accomplishments in life. Last but certainly not least, Phillip came into the family to complete Les and Sue’s lifelong dreams. Phillip has always been their pride and joy. Les was Phillip’s number one fan as he played high school basketball. Phillip has always been a loyal caregiver to his dad whenever needed. Four children, Leslie Gene and wife Linda Kaye, Clifford Lee and wife Angela, Linda Hey all of Choctaw, Oklahoma and Phillip Ray of Nicoma Park, Oklahoma. The family continued to grow for Les. His pride exploded as the grandchildren and great grand children and great great grandchildren were born. They are: Grandchildren: Kristee, Daniel, Jeremy, Derrick, Matthew, Brandon, Ashley and Lindsey. Great grandchildren: Lauryn, Natalie, Trenton, Lillianna, Adelynn, Luke, Isabella and Liam. Great great grandchildren: Caiden, Cole and Denver. Leslie Dewayne Harting was born to Clifford Carlton Harting and Velma H Bartley in Wagoner, Oklahoma on July 18, 1930. He died April 15, 2022 of natural causes peacefully in his home in Nicoma Park, Oklahoma. Les spent much of his growing up years in Tuscola, Illinois. He joined the Air Force January 8, 1951 and was active in the Korean War as an Airman 1st Class. He served 3 years, 3 months and 16 days. Les was a patriotic man who was humbled to have served for his country. Les was a retired TAFB civilian employee for over 40 years. In his spare time, Les had lifelong hobbies of bowling, fishing, traveling and gardening. He was especially proud of growing and sharing his prize winning tomatoes. He loved life, had many, many friends whom he kept in touch with until the time of his death. Les was an articulate conversationalist. People were drawn to Les and his charismatic personality. His mind was sharp and he was able to tell stories up until the day of his death.

Leslie Dewayne Harting was a FAMILY man. His family was everything to him. As a young man in the Air Force during the Korean War he met the most &#8220;beautiful girl&#8221; he had ever seen. During his time in Lawton, Oklahoma at Tech... View Obituary & Service Information

The family of Leslie Dewayne Harting created this Life Tributes page to make it easy to share your memories.

Leslie Dewayne Harting was a FAMILY man. His family was everything...

Send flowers to the Harting family.