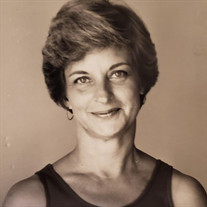 MARGARET HELEN “PEGGY” WILHOIT passed away on December 16th, 2019. Peggy was born on June 14th 1939 in Lodi Wisconsin to Helen Trexel Alexander and Reverend Samuel Alexander. Her mother passed away when she was three years old after a battle with diabetes. Her father took her younger brother and returned to Texas to be near his family while Peggy stayed with her maternal grandparents in Wisconsin where she spent most of her younger years. She made many train trips from Wisconsin to Texas to see her father and brother over the years. After her father remarried they all settled in Carthage, Texas. It was there they lived until her junior year in high school. During her junior year the family moved to Archer City, Texas. She returned every year to spend her summers with her grandparents in Wisconsin. Peggy graduated from Archer City High School and married Gary Lee Wilhoit. They had three boys, Alton, Nathan, and Clay while living in Wichita Falls. Peggy started her career and worked for the Wichita Falls Times & Record News as a proof reader and later as a type setter. The family moved to Oklahoma City in 1963 and as the boys started school she loved being a Cub Scout den mother and home room mother at school. At this time Peggy began working for United Press International as a teletype operator in Oklahoma City but also was able to work as a relief operator when other teletype operators were vacationing in Texas, Arkansas, New Mexico, and Louisiana. We combined several family vacations while she was working out of state. During this time Peggy also worked part time for the Journal Record, The Daily Oklahoman, and the Tulsa World. Peggy’s job with the press took her to the capital where she went to work for the Oklahoma State Senate. Peggy worked for several state senators then for Hamp Baker in the Corporation Commission. Later she worked for Governor and US Senator David Boren. Afterwards she worked for several state agencies and retired from the Legislative Service Bureau in 2003, after 30 years of service. Peggy loved playing games, especially board games and card games, and working in the yard. She wasn’t very good at either but both were relaxing. Peggy loved being a grandmother and loved her three granddaughters, Batista, Kelsey, and Ashlee, immensely. They were the light of her life. Peggy is survived by her three sons and their families, Alton and Tandy from Noble Oklahoma, Nathan and Michelle from Harrah Oklahoma, Clay of Oklahoma City and Kristy Trammel of Guthrie. Grandchildren, Batista Corbin, Kelsey Adams and Grady Adams, Ashlee Trammel, Michael Cagle and Madison Story, Jason Vincent, and Jennifer Clem. Great grandchildren, Jaycie Clem, Reeve Corbin, Cruz Clem, Gracie Trammel, Gage Vincent, Devyn Vincent, and Alivia Lunceford. In lieu of flowers please make a contribution to Sunnylane Family Church.

MARGARET HELEN &#8220;PEGGY&#8221; WILHOIT passed away on December 16th, 2019. Peggy was born on June 14th 1939 in Lodi Wisconsin to Helen Trexel Alexander and Reverend Samuel Alexander. Her mother passed away when she was three years old... View Obituary & Service Information

The family of Peggy Wilhoit created this Life Tributes page to make it easy to share your memories.

Send flowers to the Wilhoit family.