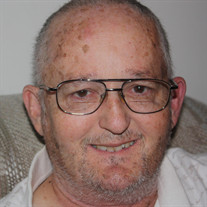 Michael Anthony Grady, Sr. went home to be with our Lord and Saviour Jesus Christ on December 22nd, 2020. He was born to William Albert and Mary Louise Grady on April 9th, 1947 in Dallas, TX. He was the youngest of 5 children and proudly received his name from his older siblings. He grew up in Hebron, TX, graduating from RL Turner High School. While attending East Texas State University, he visited a Student Union building and there he was introduced to Jesus Christ. He enlisted in the United States Air Force in 1968 and proudly served his country in the Philippines. Looking for an avenue to preach and share Jesus with others, he joined the Gospel Messengers where he met his future bride, Yolanda Maravilla Bustemante. They were married on August 10th, 1969. He was later stationed at Scott Air Force Base in Springfield, IL where they had two children, Michael Anthony Grady, Jr. and David Israel Grady. After completing his tour of duty with the Air Force, Michael joined the Reserves for two years and moved his family to Waco, TX to pursue an education. He attended Baylor University earning his bachelor degrees in religion and speech. During their time in Waco, they had two more children, William Albert Grady III and Mary Elizabeth Grady. He would also serve as a Reverend at Rock Creek Baptist Church. After graduating from Baylor, he continued his education at Southwestern Seminary in Fort Worth, TX receiving a masters in divinity. He proudly returned to serving his country in the active-Reserves in 1982. Eventually, the Reserves would bring him to the 507th at Tinker Air Force Base in Midwest City, OK where he worked as an aircraft electronic mechanic on the F-4, F-16, and AWACS. While stationed at Tinker, he continued his education at UCO and obtained a masters in English. He inevitably would retire as a Staff Sergeant and felt a strong comradery with everyone who served. He enjoyed learning and serving his country but his greatest joy was always found in helping others become a better version of themselves. He always said, “Wherever God put me, that’s where I needed to be.” He would identify best as a teacher and pastor; and, at the head of a classroom or behind a pulpit, one could see his eyes gleen as he would impart whatever wisdom or knowledge he could to his students or congregation. He was proud to have a universal blood type and donated blood frequently to help others. He was also very generous with his time and resources, and he was known as a kind compassionate encourager. He tutored many at Rose State College and became an adjunct professor. All of our youth group and high school friends loved to call him Papa G as many considered him a 2nd father. Later in life, those who knew him affectionately would refer to him as Golden Bear because he would consistently call into the Sports Animal to discuss his Baylor Bears and other professional teams he would follow. Wherever he lived, he served the Lord Jesus faithfully by regularly attending a local church, serving as a Sunday school teacher, an Awanas leader, and preaching behind the pulpit whenever given an opportunity. He also served as an associate pastor at Fellowship Bible Church in Harrah for three years. He was known as a prayer warrior for many and was loved and admired by those who knew him. He never thought there were enough Gradys in the world and he welcomed each new one with lots of love and open arms. He took great pride in all their accomplishments and loved supporting them in sports, music, teaching them in English, and assisting them in their college studies. Papa Grady enjoyed playing chess, Scrabble, ping pong, tennis, and golf with his children and grandchildren. He was an author, teacher, pastor, encourager, thoughtful friend, proud papa, compassionate father, and loving husband. His wife loved him so much and adored his thoughtful quiet spirit. He will never be far from our hearts and minds, and we are eagerly awaiting to see him again. Michael was preceded in death by his father, William, his mother Mary, his brother William “Bill” Grady, his nephew Collin O’Brien, and his first unborn child. He survived by his wife, Yolanda Grady, four children and their spouses, Michael and Darcie, David and Amy, William and Mindy, and Mary, and his many grandchildren, Jacob, Hannah, Layne, Aaron, Annie, Sarah Kate, Abi Joy, Hope, Ellie, Mollie, Jeremiah, Will, Bryson, Lauren, Ava, Gabriel, Jaynie, Michael III, April, Kinsey, Jack, Misty, Anna, Brylee, Faith, Bethany, Isabella, Colson, Zachary, Archer, and Kirk. He is also remembered by his siblings and their spouses, Mary and Dan O’Brien, Patsy and Tracy Johnson, John and Katherine Grady, and Gwen Grady, wife of Bill Grady, and his many nieces, nephews, and their children.

Michael Anthony Grady, Sr. went home to be with our Lord and Saviour Jesus Christ on December 22nd, 2020. He was born to William Albert and Mary Louise Grady on April 9th, 1947 in Dallas, TX. He was the youngest of 5 children and proudly received... View Obituary & Service Information

The family of Michael Anthony Grady created this Life Tributes page to make it easy to share your memories.

Michael Anthony Grady, Sr. went home to be with our Lord and...

Send flowers to the Grady family.