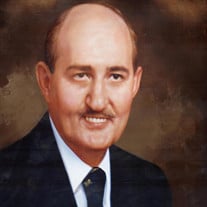 RAY SOLDAN The final buzzer sounded for sportswriter Ray Soldan on Dec. 1, 2020. He was 91. Ray was born on Sept. 18, 1929 in Manhattan, Kan. (the stock market crash came 41 days later, so Ray may not have been responsible). And he... View Obituary & Service Information

The family of Ray Soldan created this Life Tributes page to make it easy to share your memories.

Send flowers to the Soldan family.