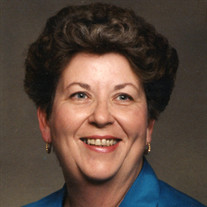 Reeda Joyce (Wittmer) Mooreman was born in Ponca City, OK on October 16, 1939 to Gwendolyn Lee Schroder and Charles Reed Wittmer. While living and attending school in Ponca City, Reeda met the love of her life Edward Dean Mooreman (Bud as he was otherwise known). They were married on December 28, 1955. Soon after Bud joined the army and the couple moved to Seattle, WA. Beginning a lifetime story together. Reeda along with Bud belonged to a citizen’s band radio club for many years where she held the handle “Lady Canary”. She enjoyed bowling for fun, as well as bowling in leagues and teaching the sport to others. A lot of her down time was spent growing plants and flowers. Gardening of both vegetables and flowers gave her joy. Reeda loved enriching her mind with her puzzle books, playing word searches, logic puzzles, fill-in-the-word puzzles and sudoku, just to name a few. Reeda at one time in her life took up tole painting, which is the folk art of decorative painting on tin, wood and other household items. Many pieces were finished and given to friends and family members which will be cherished and passed down in her memory for years to come. Reeda was preceded in death by her parents, Gwendolyn Lee Schroder and Charles Reed Wittmer, her husband Edward Dean Mooreman and son Randy Reed Mooreman. Reeda leaves behind four children Richard Edwin Mooreman and wife Deborah Lynn Mooreman, Jay Scott Mooreman and wife Mary Patricia Mooreman, Patricia Ann Howard and spouse Mitchell Eugene Howard, and Christopher Kyle Mooreman; seven grandchildren Michael Douglas, Amber Nicole, Cherylynn Nichole, Zachary Tyler, Dustin Reed, Dallas Eugene, and Deanna Gabrielle; as well as eight great-grandchildren Sierra, Braden, Preston, Freya, Cillian, Wesley, Audree and Zara. Reeda will always be remembered as a loving and caring mother, Grandmother, Great Grandmother and will be missed dearly.

The family of Reeda Mooreman created this Life Tributes page to make it easy to share your memories.

Send flowers to the Mooreman family.