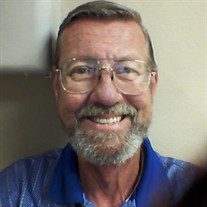 Robert Michael Golabiewski, Jr, 66, of Midwest City passed away on July 26, after a long battle with cancer. He was born in Milwaukee, Wisconsin, on September 10, 1954, to Robert Michael Golabiewski, Sr. and Jeanne Denise Welch Golabiewski. Robert was the oldest of four children. He attended James Madison Senior High School. Upon graduation, Robert enlisted in the United States Air Force in 1972. He was immediately stationed at McClellan, AFB, CA. While in California, he met Rowena Manliclic, the love of his life. They were married in Sacramento, CA, on December 22, 1975. Robert received numerous awards, certificates of recognition and medals during his military career. He also had several deployments and stations during his active duty military service. While in Milwaukee, they had their first son, Robert “Bobby” III. Soon after he was stationed at Keflavik, Iceland NATO Air Force Base and had their first daughter Samantha Jeanne. During his station in Iceland, Robert also became a head chef at a local restaurant where he grew to love cooking. He received the position of Head Chef in a very short period of time, even while he was still on active duty with the U.S. Air Force. Robert’s last station was at Tinker Air Force Base, Oklahoma, where he remained and made it his home for the last 40 years. While in Oklahoma, Robert and Rowena completed their family with their second daughter Tamara Rose and their second son Aaron William. Robert was part of the first group of the 552 ACW. He was on the tarmac to welcome the very first AWACS E-3 plane to Tinker Air Force Base. While Tinker AFB was his last station, Robert had several deployments. He went to Oman, Saudi Arabia, Iraq, Iran, Turkey, and numerous other locations. Robert also served his country in Desert Storm. After 22 years of active duty with the Air Force, he became a civilian contract worker for the Armed Forces Engineering Technical Support (AFETS). During his time with AFETS, Robert was one of the youngest instructors at that time to train enlisted personnel on the AWACS E-3’s. He was a very proud Serviceman, Patriot, and Veteran that loved his Country dearly. Robert was a loving “Dad” to his children, a devoted “Papa” to his grandchildren, known as “Ski” to most friends and co-workers, and as big brother “Robbie” to his sisters, cousins, nieces, nephews, and his Wisconsin relatives. Robert had several hobbies, which included playing softball with his Catholic Youth Organization (CYO) as a teenager, and later in life with his Air Force league. He also loved coaching soccer for all his children. Robert helped build up the local soccer club in Midwest City, OK. Robert was a diehard Green Bay Packers fan. He loved everything Packers and loved collecting Packers themed items, including an actual triangle shaped “cheese head.” Robert enjoyed and was very much involved in the HAM radio community where he was known as the “Green Knight” and made many friends through the years. Robert was preceded in death by his beloved parents Robert and Jeanne, and his brother-in-law Fred Krahenbuhl. Robert is survived by his wife of 45+ years, Rowena Golabiewski of Midwest City; his four children, Bobby Golabiewski (partner Lesley) of Oklahoma City, Samantha Richardson (Brian) of Oklahoma City, Tamara Hargrove (Brian) of Midwest City, and Aaron Golabiewski (partner Robi) of Midwest City. Seven grandchildren: Gracie and Silas Richardson of Oklahoma City, Wyland and Sophia Hargrove of Midwest City, Rylee Beddo, Rayvyn and Rayney Golabiewski of Midwest City. His three sisters, Paula Krahenbuhl of Sheboygan Falls, WI; Toni Quinlan (Dennis) of Milwaukee, WI; and JoAnn Shaw (Steven) of Glendale, WI; and several cherished nieces and nephews, as well as many relatives and friends. His family will remember Robert as a loving dad, Papa, son, brother, and uncle, and he will be missed by many.

The family of Robert "Ski" M. Golabiewski Jr. created this Life Tributes page to make it easy to share your memories.

Send flowers to the Golabiewski family.