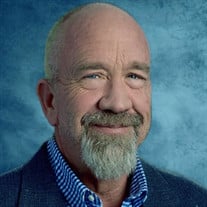 Rodney Lynn “Rod” Boyer, 59, passed away in his Midwest City home on April 7th, 2022. He was born on October 13th, 1962, in Oklahoma City to Don and JoAn Boyer. Rod went to school in Midwest City, Oklahoma at County Estates Elementary, Monroney Jr. High and Midwest City High School. He played baseball all the way through high school and part of college. Rod began Jr. college in 1981 in Tishomingo, Oklahoma at Murray State College. After graduating from Murray State College, he attended the University of Central Oklahoma where he earned a bachelor’s degree in physical education. He later attended the University of Oklahoma where he earned his master’s degree in school administration. Rod began working in the Mid-Del school system as a Physical Education teacher in 1987 at East Side Elementary. He moved to the Vice Principal position for a couple of years then transitioned into the position of Principal. Rod was positioned in several different school sites and retired from Townsend Elementary in 2020. He worked for 33 years in the Mid-Del School system. In 1990, Rod married his wife Donna in Choctaw, Oklahoma. They had two children, Rylan and Haley, and were together for 30 years. Some of Rod’s favorite pastimes was hunting deer, turkey, and quail as well fishing. He enjoyed working on his classic car and driving it around and riding around on his motorcycles. He was always ready to tell a joke or pull a prank. He was also ready to give a helping hand to anyone who needed assistance. Rod was a fun loving and generous man. Rod grew up in the Catholic church. On April 13th, 1998 he was saved and baptized in the Choctaw First Baptist church. His forever home will be in heaven. Rod is survived by his son Rylan Boyer, his daughter Haley Boyer; and Donna Boyer the mother of his children; sister Susan Aluzri and her husband Jaafar Aluzri; niece Jennifer Smith; great nephew Jordan Aluzri; great niece Jorja Smith; and many aunts, uncles, cousins and friends. He is preceded in death by his mother JoAn Wilson; stepfather Bill Wilson; stepmother Linda Boyer; his dad Don Boyer and his sister Diana Boyer. In lieu of flowers, please consider donating to the American Heart Association. https://www.heart.org/

The family of Rodney Lynn Boyer created this Life Tributes page to make it easy to share your memories.

Send flowers to the Boyer family.